The dream of every Thoroughbred owner is to have the "big horse".  Here are some of the big horses that we have been blessed with throughout the years.

The first winner for Hubel Farms.  Broken Drum left her mark as both a race horse and broodmare.

His outgoing personality as a yearling earned him the farm name Stinker.  The "Big Stink" went on to be a black type winner.

The little red mare with the great big heart.  Queen was every owner and trainers dream.  She won 18 races and ran her heart out every start.  Dad will still tell you Queen is tops on his list.

The flashy chestnut had never ending eye appeal.  With an incredible stretch move she made going from last to first look easy.  After racing her impact as a broodmare changed Hubel Farms.  She is the dam or granddam of 33 winners.

Racing against Michigan's best Majestic was always a contender.  The game gelding reached the win circle 18 times and was 1-2-3 53 times.  Majestic will forever be Mom's favorite.

From day one he was called "Paycheck."  As a racehorse he truly earned his name with 13 career wins.

When your name is Simply Astounding you better be good.  The classy bay mare was. 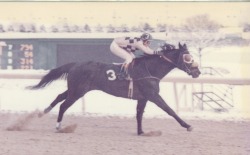 "George" is proof that every horse looks good in the winners circle.  The long backed, one eyed gelding even won a race without his jockey and proudly returned to the win circle on his own.  When you win 29 races you know the routine. 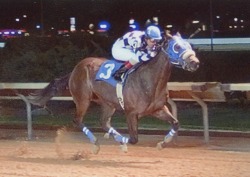 The night he took "Toughie" trainer James L. Williams said this is the best claim you every made.  He was right.  Later that year Tough Kid would be invited to the Claiming Crown at Canterbury. 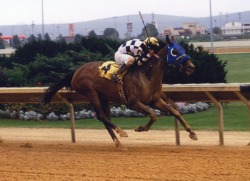 One of the best WV breds in his crop.  Half Court won some big ones for us. 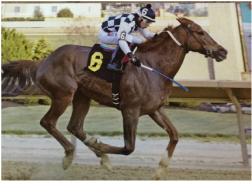 The laid back gelding took a few starts to figure out what racing was all about.  As an older horse the stakes placed "Monty" earned respect at Charles Town as one of the top WV sprinters in 2015.

The gutsy bay filly is the best Keeneland weanling purchase we ever made.  The multiple allowance winner gave 100% every start.